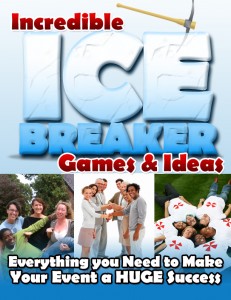 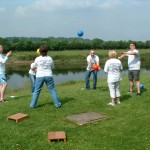 Just got back from doing an experiential leadership program at the local university. I really enjoyed it and it was great to be on the other side of the fence - the receiving end for a change.

To kick-start the program we did an icebreaker outside. It was a version of our "Ball Toss" icebreaker... Everyone stood in a circle and the leader holding a ball, introduced herself. As she threw the ball to someone she asked for their name and on catching it they replied "thanks .....(name) " and then asked someone else for their name and on it went until everyone had been introduced.

After a full round of introductions we were asked to do it again exactly as we had done before - no prompts this time. As we were going around the circle the leader introduced ball after ball, cuddly toys etc. All you had to do was concentrate on the person who was throwing to you but soon it was chaos and nobody did anything about it. This was the first lesson ....to take responsibility!

The icebreaker worked - everyone had fun and suddenly the tension had disappeared.